The two nations faced off over one tiny island in the Pacific Northwest.

SAN JUAN ISLAND IS, BY any account, a small piece of land—19 miles long and seven miles wide—just off the coast of Washington state. Today farms spread over the island, and a ferry brings tourists ready to soak in the vibes of the Pacific Northwest. It’s not an obvious site for an international conflict between the United States and England. But in 1859, both countries were amassing troops here, ready to start a war over the rights of the farmers who had settled here. It is known today as the Pig War, but before any pigs were involved, there was a fight over sheep.

The site of the American camp, as a farm in the 19th century. NATIONAL PARK SERVICE

The Pig War began with a problem specific to the Age of Exploration: A number of different countries had sent men in boats to sail along the western coast of North America and map parts of the interior. Those countries all believed, by virtue of this act, that this large stretch of land now belonged to them. (The people who had been living in these lands before they were “discovered” by European powers were not considered in this political calculus.) In the early 19th century, Britain, the United States, Russia, and Spain all had designs and claims on what was called Oregon Territory, which stretched from what’s now the southernmost border of Alaska, down to California, and east to the Rocky Mountains.

Over time, the United States and Britain convinced Russia and Spain to back off their claims, and through the 1840s agreed to a joint occupation that left the issue unpressed for a spell. As white settlers began to arrive in greater numbers, though, this uncomfortable arrangement became a problem. In 1846 the Treaty of Oregon drew a line along the 49th parallel, cutting the territory into two and creating what’s now the U.S.-Canada border.

But at the edge of mainland, the border went down, according to the treaty, “to the middle of the channel which separates the continent from Vancouver Island and thence southerly through the middle of the said channel.”

This is the flashpoint of the Pig War. Even when the treaty was signed, the negotiators knew there was a problem: There was more than one channel this line could describe. One, the Rosario Strait, was closer to the mainland and granted San Juan Island to the British. The other, the Haro Strait, was farther west and gave San Juan Island to the United States. It’s easy to guess which country favored which interpretation. For the next few years, this ambiguity remained an abstract problem—until settlers started edging closer to the contested island, at which point a British official sent in the sheep. 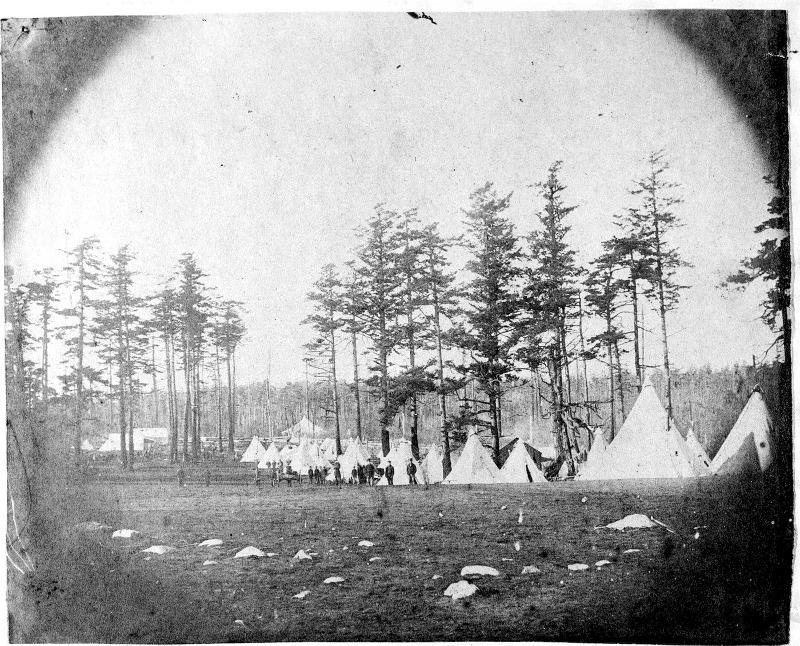 James Douglas had risen through the ranks of Britain’s colonial hierarchy to become governor of British Columbia, and he was determined that San Juan Island would remain a British possession. British-held Vancouver Island, valued for its climate, water power, coal, and fisheries, lies just across the Haro Strait from San Juan Island, and controlling both would mean control of access into the Strait of Saint George, and the city of Vancouver. But the political and strategic implications went further. Both sides, writes historian Scott Kaufman in his book, The Pig War: The United States, Britain, and the Balance of Power in the Pacific Northwest, 1846-1872, “believed that whichever country possessed the island would have the upper hand in the balance of power in the Pacific Northwest, with enormous implications for both countries’ regional economic and military interests.”

More over at Atlas Obscura