By sea or by land, your odds of eyes on the pods are great. 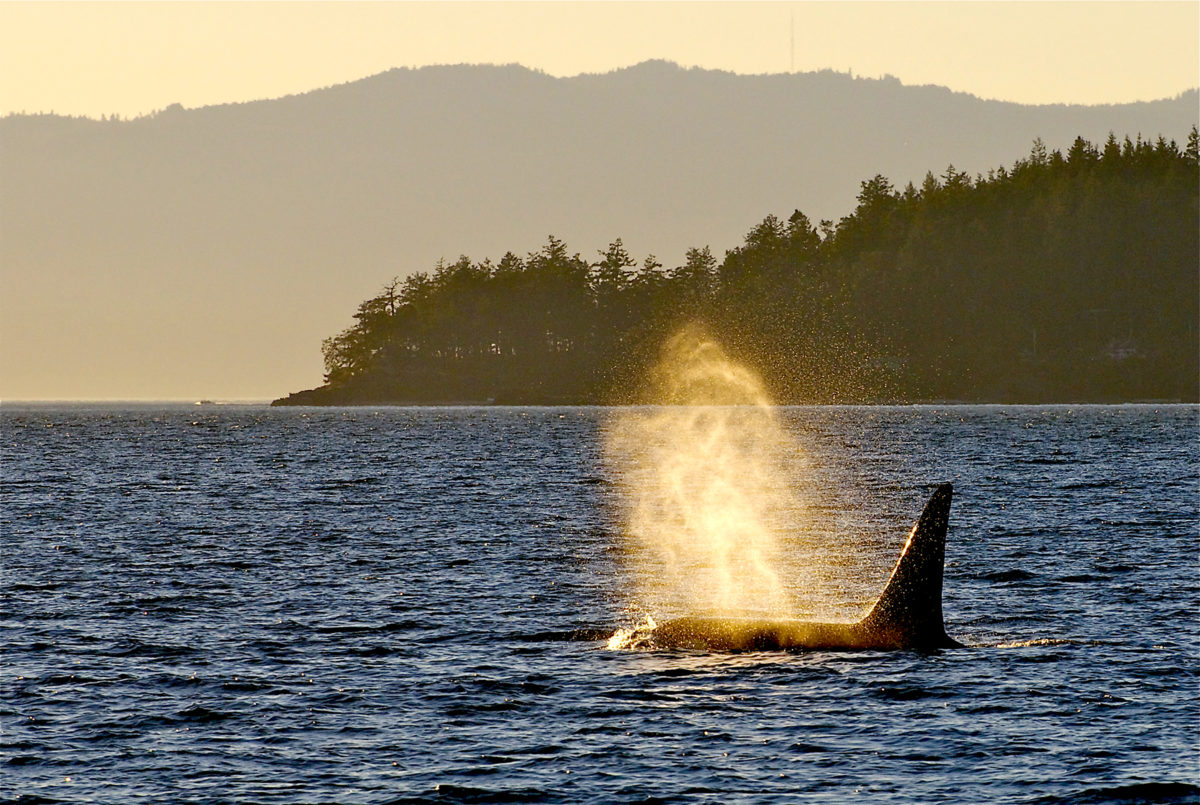 It’s summertime and you’re near Puget Sound, which means that your chances of seeing one of the ocean’s mightiest mammals increases considerably. The glossy black-and-white beauties known as both “orcas” and “killer whales” are the most likely cetaceans you’ll encounter this time of year, as they travel south from the Salish Sea all the way to the gentle inlets near Olympia, stalking the movements of their salmon dinners.

Yet, like many other natural wonders, orcas are both common and elusive. Consult local experts, such as the Center for Whale Research, the Orca Network, the Pacific Whale Watch Association, or The Whale Trail for far more detailed recommendations than we can offer here. Suffice it to say that if luck is on your side, you will see an orca this summer, and it might not cost you a dime. But if you don’t trust your luck, you might consider forking over some cash and significantly upping the odds.

Here are a few whale-watching options, including cost and likelihood of a sighting. [Editor’s note: Percent chance not scientific. Apologies in advance for false hope.]

San Juan Safaris No whale watching tour does more to help their guests see whales than San Juan Safaris. For over 20 years, they’ve worked closely with conservation groups to monitor the locations of orca whales. With their fast boats and experienced captains, they can travel further and faster than other tour groups.

Your chances: At 96 percent, the odds are very much in your favor.

Washington State Ferries Hey, it happens—especially on the Anacortes-San Juan ferries, but occasionally even on those going from Seattle to Bainbridge or Vashon. Captains usually announce a sighting over the loudspeaker, so you don’t have to spot one first. And it’s all for the price of a ferry ride, which you were probably thinking of doing anyway.

Cost: Varies, but could be as little as $4.90 if you’re going from Mukilteo to Whidbey Island as a foot passenger.

Your chances: 3–10 percent, depending on which ferries you’re riding.

Lime Kiln Point State Park This rugged chunk of rocky bluff and emerald forest along the west coast of San Juan Island is often nicknamed Whale Watch Park for good reason: It’s thought to be one of the surest land-based whale-watching spots in the world. There are no guarantees, but if you’re wary of your sea legs, it’s probably your best bet on solid ground.

Cost: $63.75 round-trip ferry with standard vehicle from Anacortes to Friday Harbor; much less if you’re walking or biking. Free to enter, but Discover Pass required for vehicle parking.

Your chances: 51 percent, especially in June and July. Reports of sightings use the word “often” and “best” and “most reliable” and “common,” so, eh, we figure, it’s more likely than not.

Sea Quest Expeditions Kayak Tours These guys take you out in a flotilla of kayaks along the west coast of San Juan Island, which (see above) is one of the orcas’ favorite corridors. The company promises that its routes are planned to “maximize your chances.” While they concede off the top that it’s not something that happens on each tour, they do claim that their kayakers see orcas about two-thirds of the time. Plus, you’d be in the water with the glorious beasts—what a dream.

Puget Sound Express Boat Tours This family-run business has been leading whale-watching tours all over the Sound for three generations, and the word “guarantee” is in the tour description (“We guarantee you’ll see whales,” they gush, “or your next trip is free!”). They offer half-day boat rides that leave from Port Townsend and Seattle and three-day wildlife tours in the San Juans.

Cost: $135 for one adult on a half-day tour from Seattle.

Your chances: 90 percent. They say you’ll see whales or your money back, so while they can’t actually guarantee what these wild animals are up to, their business model wouldn’t work if they were wrong all the time.

June 22, 2016
Chris Minney
Comments Off on Where and How to See Orcas Whales this Summer
Blog
orca   orcas island   whale watching   whales
Getting to the San Juans | Live San Juan Islands Cams | Wildlife in the Islands | Salmon Basics | History of the Islands | Shop Online | Reservations | Contact