The trade-offs for living in the islands

Washington State Ferry Elwha came in a little too hot (that’s “fast and hard” for you mainlanders) at the Lopez Island terminal causing ferry service to the island to be cancelled for a few hours this last Sunday, April 16, 2016. The U.S. Coastguard had to inspect the damage to a wing wall before ferry service could be resumed although the offending ferry, the Elwha, was taken out of circulation until further notice. 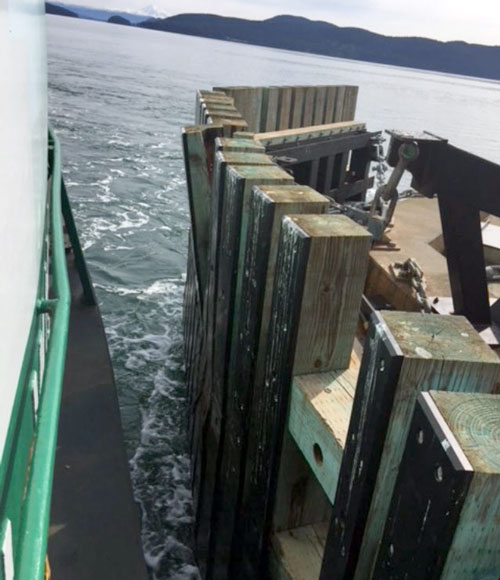 Although ferry incidents are rare occurrences, the Elwha did crash the Orcas Island ferry landing in 1999, causing the terminal’s closure for several weeks while repairs were being made.

h/t to Sharon at the San Juan Islander.